Whew.  I write this the morning after the conference before.  Bleary eyed but full of new-found confidence in the power of blogs, blogging and bloggers.

Because "who knew?" that starting a blog could help parents of children with Downs Syndrome come to terms with the diagnosis and do so much to break down the stigma of disability.  Who knew that sharing everyday progress in a blog could give parents everywhere the confidence to be rightly proud of their kids, and their own parenting abilities?  Who knew that starting a blog during the darkest days of raw bereavement could help millions of people all over the world deal with their own loss and grief?  Who knew that bloggers could raise awareness of all sorts of important issues in a way that no mainstream journalist could ever do?  Who knew how much we could all laugh, and share, and "oh me too!!", and cry, and cry, and cry, together.  The power of blogs, blogging, and bloggers.  Who knew? Not me.


There is so much I could write here about BritMums Live.  I learned a lot in the practical sessions (how to write a book pitch and find an agent, how to use YouTube more effectively, how to blog better as a beginner).   I could write about the food, the venue, the goodies, the brands (all excellent - they made us all feel so special!).  But for now I just wanted to touch upon the conference's emotional impact.  The inspiration I came away with.  The words which will stay with me.

Emma Freud and the Importance of Lying
I am in love with this lady.  What a career she has had, fashioned (she freely admits!) from being the girlfriend of Richard Curtis.  Addressing her audience of tiara-wearing bloggers, she spoke candidly on how she made Comic Relief so successful and how she really managed to get all those celebrities to climb Kilimanjaro or river raft down the Zambezi.  Turns out a fair amount of lying is involved.  But the good news is, she reckons this technique might also work for those of us who aren't so well connected.  I left her keynote address full of ideas about how to make my "purple party" for postpartum psychosis bigger, better and more fabulous.

Bryony Gordon & Actually Mummy on being nicer to each other online
Talking of fabulous, an amazing panel of high-profile women in the media discussed (amongst many other things) how we can be more respectful (but still fully engaged) in online discussion.
The golden rule?
Don't say anything online, that you would not say directly to the person's face.
Actually Mummy has reflected on her experience on this discussion panel, with this insightful post on what feminism means to her, reflecting on her experience on this panel.  Bryony has written a somewhat controversial article on breast feeding in the Telegraph.  Both have received more than their fair share of criticism and abuse.  It's hard to know when to just not "feed the trolls", and when to hit back.  It is a learning curve, this thing called social media. 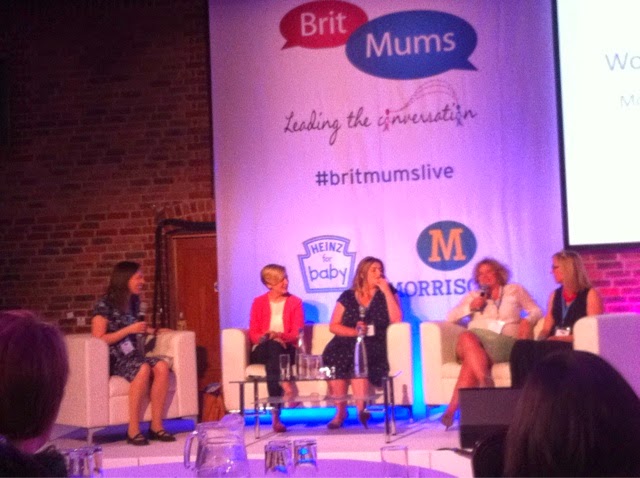 Leigh and the bravery of one tiny baby
I wore my Action on Postpartum Psychosis t-shirt on the Saturday, in the hopes it might act as a conversation starter.  One of the ladies who approached me was Leigh Kendall.  Her experience was very different from mine, but she has been left with acute PTSD.  You see, her beautiful baby boy Hugo lost his incredible fight for life, just 35 days after being delivered early due to a devastating condition called HELLP Syndrome.  I never knew what this condition meant, until I met Leigh, and I certainly never knew such bravery and strength.  She came to BritMums, just a few months' after Hugo's death, as she is keen to use her blog to raise much-needed awareness of baby loss, premature birth, and maternal health.  And a place to document and share Hugo's amazing life and personality.  I really hope she gained some renewed enthusiasm for her blog, and her incredible efforts.  I urge every one of you to read Hugo's Story. 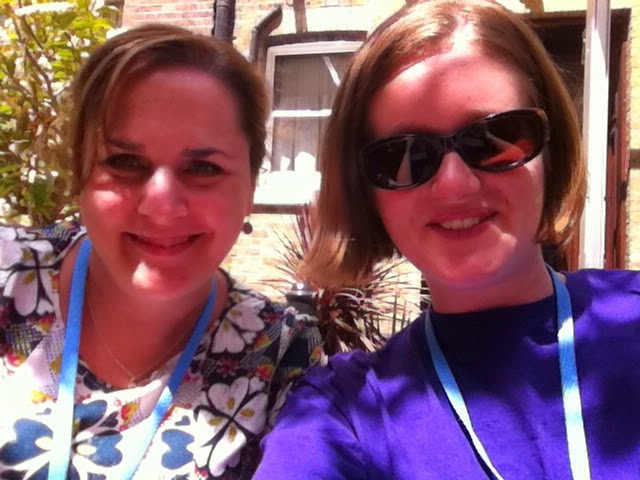 Emily Beecher on accepting that Good Enough is Best
Regular readers will know I have been a cheerleader of sorts for Emily's musical The Good Enough Mums Club, since I saw a sneak preview back in March.  I have been talking about it so much on twitter and Facebook (and to every parent I come across), I was starting to worry that maybe they wouldn't be as good as I remember... Would everyone think I was talking rubbish?  I need not have worried.  They closed the whole conference with a selection of songs and dialogues from the show - and it was even better than I remembered.   With the audience on its feet, joining in with a rousing rendition of "Head, Shoulders, Knees and Boobs", I just thought YES.  This is it.  This is what we've been trying to say all along.  Parenthood is tough, it's harder than you can ever prepare for, but you know what?  We are ALL good enough. 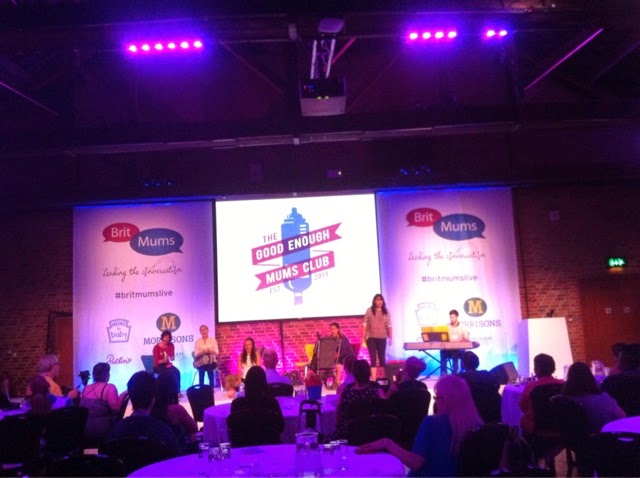 Finally, I just have to mention my friend Beth Bone, and just how lovely it was to spend some time with her - both during BritMums Live, and during today's "Climb out of the Darkness" (more on which later). 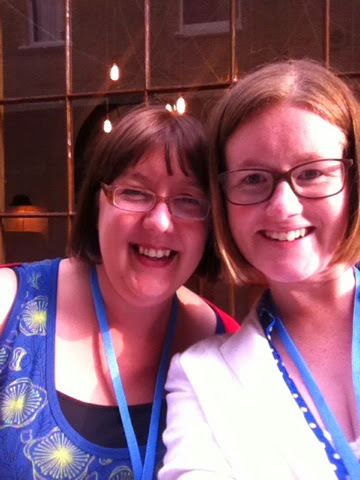 What were your inspiring moments from the conference?